Welcome to my music demo page. From electro pop to classical and orchestral tracks, I love music and produce music of all kinds. My versatility and my focus to serve their creation is always appreciated by the movies' directors I work with.

Composing music for movies is an exciting process. I am very careful with what is going on on screen and with the emotions that situations or characters produce. I think that this is the main focus of my work: Aligning the soundtrack with emotions and intentions in a creative way that always serves the director's purpose.

My sonic palette is very wide, thoughtful and heartful. Try me ;-)

Winter Olympic games 2022 opening ceremony
On Friday February 4, 2022 at 8 p.m. Chinese time, the worldwide broadcasted opening ceremony of the Beijing 2022 Winter Olympics started with a short film of 3 minutes and 30 seconds presenting a countdown to the 24 traditional Chinese seasons ending with the shouts of the crowd at the "nest", the national stadium in Beijing, counting from 10 to 1 until spring, symbolized by a bird flying away on a budding branch and presenting sophisticated sports and Chinese scenes. ZHANG Yimou, creator of this opening ceremony and successful filmmaker, famous for having directed films such as "HERO", "Wives and Concubines" or "The Secret of the Flying Daggers" and for having supervised the ceremony of the Olympic Games in summer of 2008, selected LONG Jiangbo, Chinese director, to direct this opening film of 3 minutes 30. I composed the original music of this short film under the careful supervision of LONG Jiangbo and of ZHANG Yimou who created the entire ceremony.
Press release: french, english

Here I have the excellent opportunity to work with LONG Jiangbo in China on a short movie (9 minutes) that outlines a future in China where the country's inhabitants no longer suffer from poverty. I compose the soundtrack and additionaly play the role of a Western observer alongside an African woman representing her continent and a Russian scientist. LONG Jiangbo is a graphic poet. With affection and talent, he highlights the Chinese rural world. Meeting these inland Chinese was an experience I will never forget.

I produce and compose here the orchestral soundtrack of the 70th anniversay of PICC, the national chinese insurance. It was a real challenge and a pleasure to compose here, shot after shot an orchestral poem that tells the story of PICC, with up and downs accompanying the destiny of the country.

As DAvid Boostman, I produce and compose here an epic electro pop song. Enjoy ... And dance!

I produce and compose here the soundtrack of a documentary about France's poet of the year (2017-2018: Serge Pey has received 2 major awards in France, one by the French litterature society and the Apollinaire price). I collaborate with director Francis Fourcou since 1999. This movie tells the story of the poet's father, migrant of the Spanish civil war.

Rudi SORDES aka David Boostman composes here "I can't sleep", telling the story of a teenager obsessed by the night, refusing it to have an end ... "I can't let this day surrender, I'll feel the sun again hit my skin tonight", here sung by both David and daughter Amy Boostman.

I'll Be There For You (electro pop) 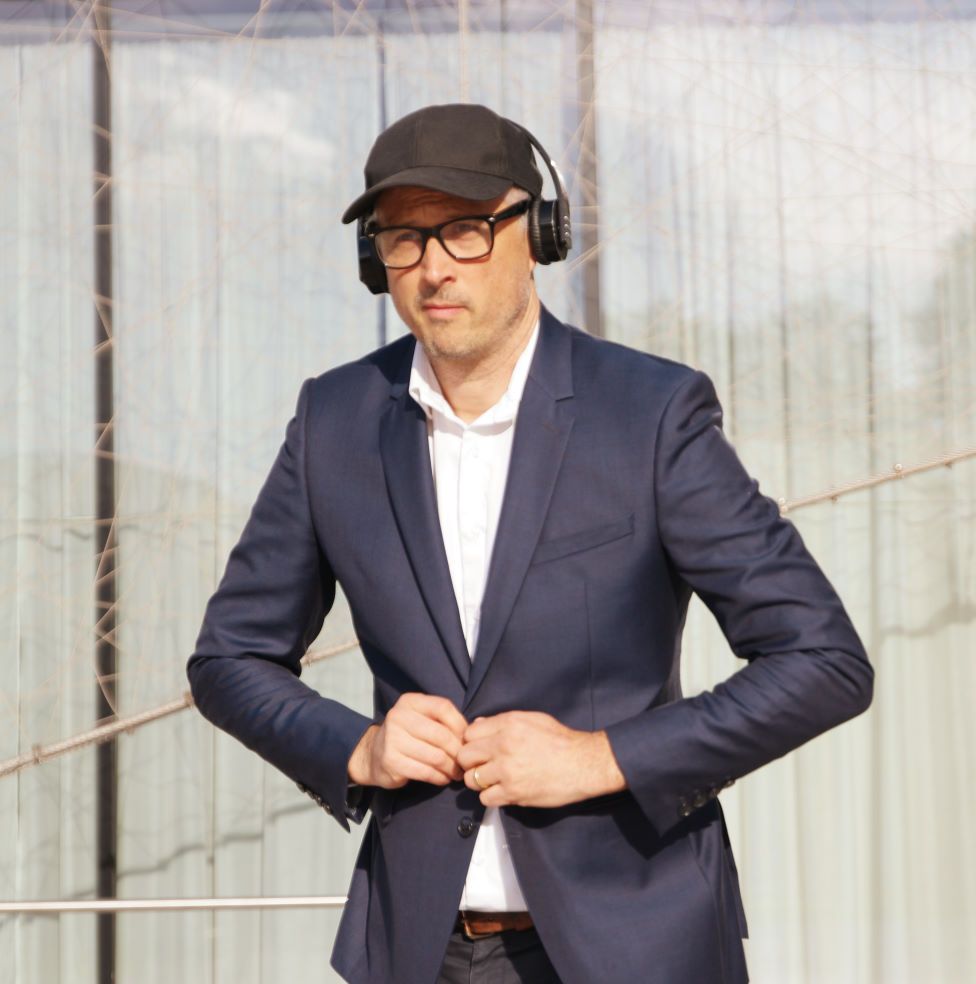 Like French writer and musician Boris Vian, Rudi Sordes is an alumnus of Centrale Paris, France's acclaimed elite technology and engineering university. At the time when his career’s future is not clear at all, Rudi still studies science and music, taking classical lessons of percussion with Jean Courtioux and music theory classes at the Bordeaux, France music academy. A short story tells more about him than a long discourse. Courtioux, also leading Jazz classes, having a face to face lesson with Rudi, 16, wonders about the way he plays the 4 sticks training exercise on a vibraphone, not exactly playing the notes of the score, but playing the exact same chords. Courtioux, very good arranger hearing the chords of the exercise but played by Rudi with creative inversions, asks:
- Who taught you that?
- I listen to music, then I ponder.

Courtioux smiles and answers:
- Well ... well, ok but try to stick more to the score.

Rudi Sordes is an engineer, entrepreneur and a musician: "Giving up science and engineering or music would be like losing a leg".

Around 2000, Rudi collaborated with Jacques Cardona (producer of Johnny Halliday and the band Images) in Toulouse (south of France) his home base and often did studio sessions as an arranger at the legendary Condorcet sound studio. From 2000 and on, he started to score music for films with documentary directors like Francis Fourcou (https://www.imdb.com/name/nm0288411) or Philippe Courtemanche on TV shows formats ("Bonjour l’ancêtre", "Les dessous de la terre", France 3). His compositions has been aired on various European TV channels and on independent theaters’ screens. Under the pseudo David Boostman, his electro compositions or remix for the label Because (Daft Punk, Prince) has been aired on European leading radio stations.

These days, Rudi Sordes focuses his efforts on producing his show (The David Boostman Show) and regularly composes film music.